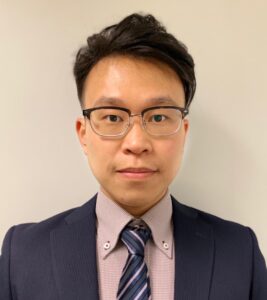 (001) Dr. Franco King-Chi Leung studied his BSc in Chemistry (2011) at The Hong Kong Polytechnic University where he carried out his Masters research (2013) in catalysis and chemical biology under supervision of Prof. Man-Kin Wong. He expanded his research scopes in his PhD to supramolecular chemistry and material science under guidance of Prof. Takanori Fukushima in Tokyo Institute of Technology (Japan). In April 2017, he joined Prof. Ben L. Feringa's group (2016 Nobel Laureate in Chemistry) in University of Groningen, the Netherlands, as a postdoc fellow and later he was awarded the Croucher Postdoctoral Fellow, where he is developing photo-responsive soft materials of molecular motors and switches. In June 2019, he is appointed as Assistant Professor in Department of Applied Biology and Chemical Technology, PolyU. His main research interests are dynamic supramolecular polymers, functional molecular assembly, and biocompatible functional materials.

(010) Dr. Jason Jiajun Jiang received his BSc in Chemical Technology at The Hong Kong Polytechnic University in 2016, where he carried out his PhD in chiral gold(III) catalysis under supervision of Dr. Man-Kin Wong. In April 2021, before his PhD defence in Jun 2021, he is  serving as a postdoctoral fellow under co-supervision of Dr. Man-Kin Wong and Dr. Franco Leung. His major research interest is the development of photo-controlled drug delivery systems.

(005) Mr. Timmy Leong-Hung Cheung completed his BSc in Chemical Technology at the Hong Kong Polytechnic University in 2018. Timmy served as a research assistant, firstly in Prof. Wing-Yiu Yu’s group (PolyU) for the organometallic research. Later Timmy expanded his research scope to carry out research in Prof. Pei Li’s research team for polymeric material studies (PolyU). In Aug 2020, he joined our group as a research assistant to further enlarge his research scope. Later in Jan 2021, Timmy starts to carry out his postgraduate study in exploration of photoresponsive soft materials. 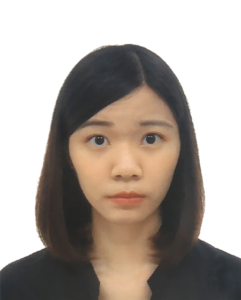 Miss Khloe Shuk-Ying Kwan received her BEng in Chemical Engineering from The Hong Kong University of Science and Technology in 2019. After completing undergraduate studies, she intends to embark on materials design and applications. She has experience in synthesizing and designing metal-organic frameworks from the perspective of environmental protection. To further investigate soft materials for biomedical purposes, she  joined our group as a research assistant in Sept 2020 with focus on photoresponsive gating systems. Later in Sept 2021, Khloe starts to carry out her postgraduate study in exploration of photoresponsive soft materials and photoresponsive gating systems. 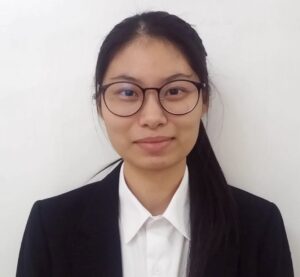 (009) Miss Astra Ying-Ying Lui has finished her BSc degree in Chemical Technology at the Hong Kong Polytechnic University in 2020. After graduation, she worked as a research assistant in Dr. Man-Kin Wong’s group (PolyU) for bioconjugation and photocleavable linkers research. Currently, she is serving as a research assistant in developing controlled drug delivery systems under co-supervision of Dr. Man-Kin Wong and Dr. Franco Leung. 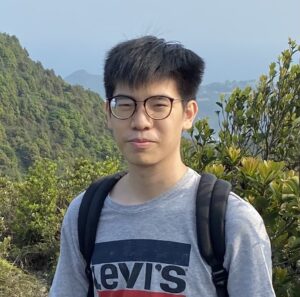 (011) Mr. Marco Ming-Hin Chau acquired his BSc in the Analytical Science for Testing and Certification from the Hong Kong Polytechnic University in 2020. After graduation, he served as a teaching project assistant, under supervision of Dr Kim-Hung Lam, to improve student’s online learning experience by integrating active learning strategies. In Apr 2021, he joined our group as research assistant to start his scientific research journey in developing photocontrolled supramolecular co-assembled systems.

(003) Mr. Sean Renshan Guo is going to receive his higher diploma in Chemical Technology in 2020, and he is joining Dr. Franco Leung Laboratory as a research student helper. Renshan is a curious and responsible student who want to learn more knowledge. Also, he is interested to organic synthesis which inspires him to expand his knowledge. He is now working on synthesis and characterization of novel photoresponsive amphiphiles.

(012) Mr. Brian Boyan Liu is studying his BSc in Chemical Technology. In June 2021, he is joining our laboratory as a research student helper. Brian is interested in synthesis of complicated organic molecules and to obtain more experimental techniques and experience in Organic Chemistry and Supramolecular Chemistry. Brian is now working on organic synthesis and characterisation of novel photoresponsive molecular amphiphiles. 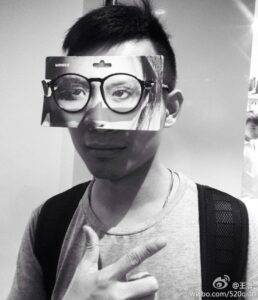 Congratulation to Shaoyu for her new review  in Angew. Chem. Int. Ed.

Our latest publish in Chem. Commun. is now available online.

Congratulation to our good friend Shaoyu for her new publication in JACS.

Our new manuscript “Dual-Controlled Macroscopic Motions in a Supramolecular Hierarchical Assembly of Motor Amphiphiles” has been published online in Angew. Chem. Int. Ed., and selected as Hot Paper.